Few have expressed the inexpressible as compellingly as Hermes Trismegistus. But who was he really? Will we ever know?

What we do know is that Hermes Trismegistus was/is the alleged and attributed author of the Hermetic Corpus (Hermetica), an influential set of writings on spirituality, nature, the divine and alchemy written sometime during the 1st century onward. We also know that the renaissance spiritual philosophers and classicists that in many regards gave birth to the esoteric movement in the West held Hermes in the highest regards, even ahead of grand figures like Plato and Moses.

When it comes to the teachings of Hermes Trismegistus, as found in the Hermetica, they mostly focus on the potential union of man with the divine. This was achieved through the help of meditation, gnosis, prayer, mantras and other ascetic practices which could potentially lead the individual, the spiritual seeker, to higher states of consciousness and ultimately, union with the divine. 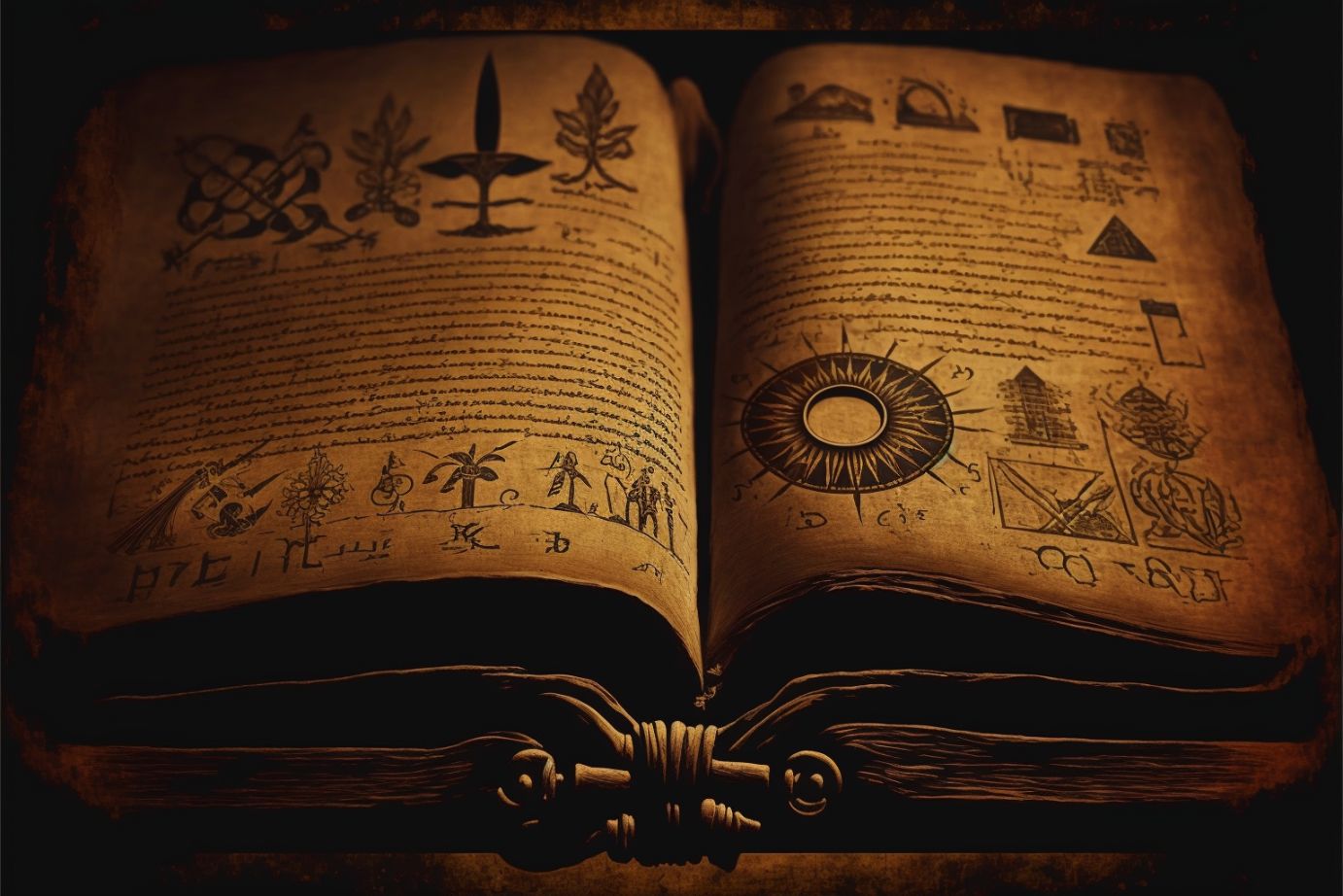 The teachings of Hermes

Another important teaching of Hermes is the concept of the “prima materia,” which was seen as the raw material or substance out of which all things in the manifest world was made from. The Hermetica proposed that by understanding the nature of this prima materia, similar to what the Arche was for the pre-socratics, one could access the secrets of the universe and achieve alchemical and spiritual transformation.

Additionally, Hermes also expanded on the notion of “as above, so below” to include that which is within and without, “As within, so without; as above, so below.” this is also known as the “Hermetic Axiom” or “Hermetic Principle“. The axiom refers to the idea that everything in the universe is interconnected in ways we can’t even begin to imagine.

In this article I’ve decided to honour the legendary sage Hermes Trismegistus, whether he was an actual individual that lived 2000 years ago or not is not the important thing for us today, rather what is important is the depth of the spiritual wisdom shared in the Hermetic Corpus. 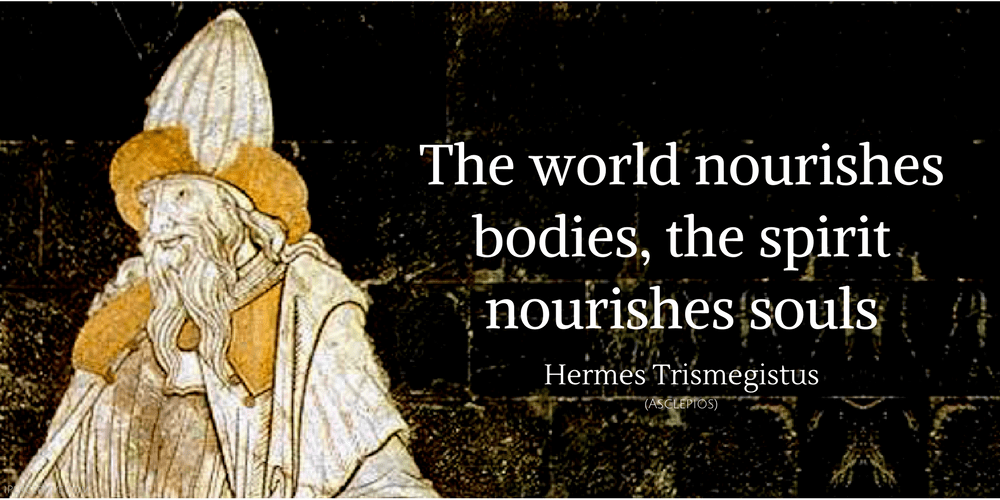 As above, so below, as within, so without, as the universe, so the soul.
Hermes Trismegistus

The man who hath Mind in him, let him learn to know that he himself is deathless.
Hermes Trismegistus (The Divine Pymander)

The Father of the universals doth consist of Light and Life, and from Him Man was born.
Hermes Trismegistus (The Divine Pymander)

The excellence of the soul is understanding; for the man who understands is conscious, devoted, and already godlike.
Hermes Trismegistus

I long to learn the things that are, and comprehend their nature, and know God. This is, I said, what I desire to hear.
Hermes Trismegistus (The Divine Pymander) 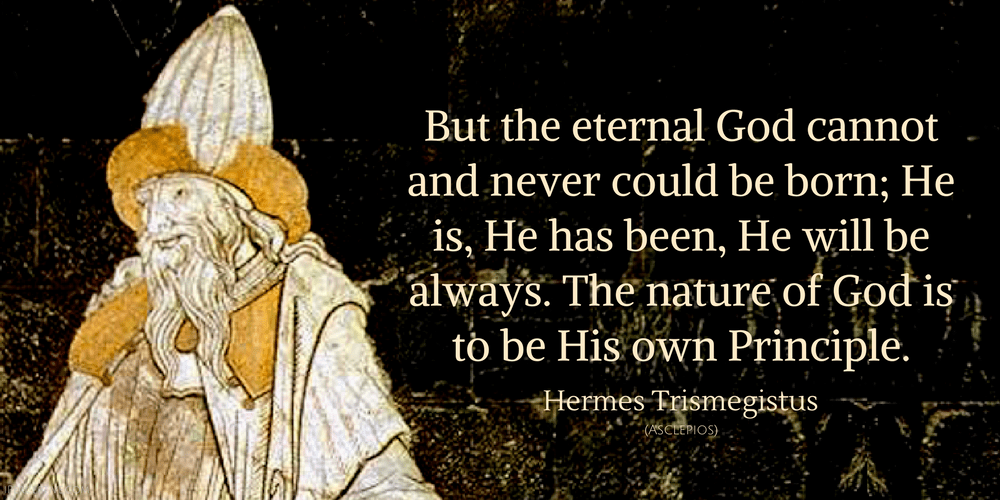 But the eternal God cannot and never could be born; He is, He has been, He will be always. The nature of God is to be His own Principle.
Hermes Trismegistus (Asclepios)

Close your eyes and let the mind expand. Let no fear of death or darkness arrest its course. Allow the mind to merge with Mind. Let it flow out upon the great curve of consciousness. Let it soar on the wings of the great bird of duration, up to the very Circle of Eternity.
Hermes Trismegistus

I see, yes, I see unspeakable depths. . . . I also see a Mind that moves the soul. By a holy ecstasy I see him that moves me. You give me power. I see myself! I want to speak! Fear holds me back! I have found the beginning of the Power above all Powers, and who does not himself have a beginning. I see a fountain bubbling with life. . . . I have seen. It is impossible to express this in words.
Hermes Trismegistus

If you are mindful, Asclepius, these things will seem true to you, but they will seem incredible if you are not mindful. To understand is to have faith [pisteusai], and not to have faith [apistesai] is not to understand. Reasoned discourse [logos] does get to the truth, but mind [nous] is powerful, and, when it has been guided by reason [logos] up to a point, it has the means to get as far as the truth.
Hermes Trismegistus (Asclepius)

In the moment when you have nothing to say about it, you will see it, for the knowledge [gnōsis] of it is divine silence and suppression of all the senses. One who has understood it can understand nothing else, nor can one who has looked on it look on anything else or hear of anything else, nor can he move his body in any way. He stays still, all bodily senses and motions forgotten.
Hermes Trismegistus

The form of the universe is that of a hollow sphere, having in itself the cause of its quality or of its figure, wholly invisible; if, choosing any given point of its surface, one should seek to behold its depths, one would be unable to see anything. It appears visible only by means of those special forms whose images appear graven upon it, it shows itself only in effigy; but in reality it is always invisible in itself.
Hermes Trismegistus (Asclepios) 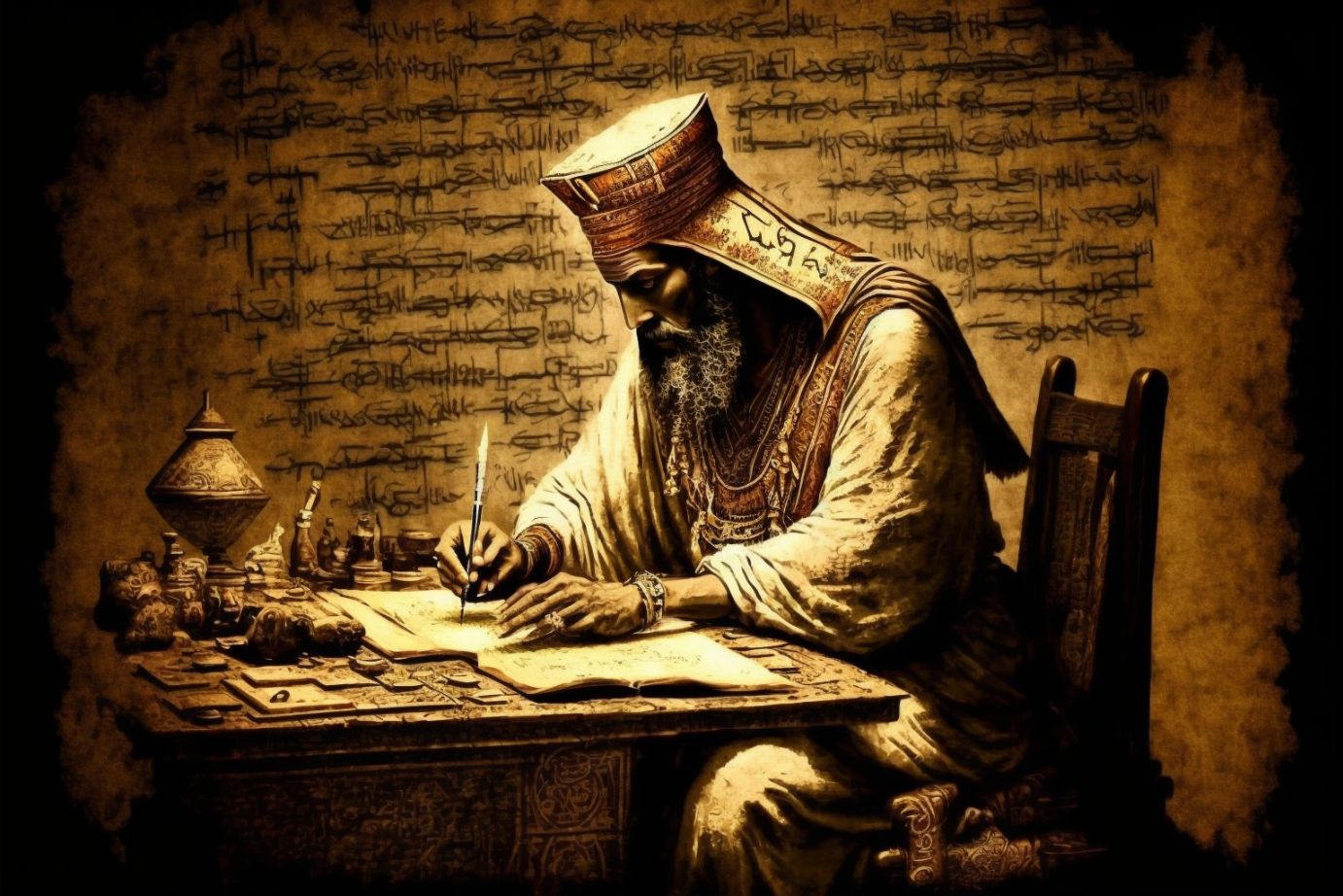 If then you do not make yourself equal to God, you cannot apprehend God; for like is known by like. Leap clear of all that is corporeal, and make yourself grown to a like expanse with that greatness which is beyond all measure; rise above all time and become eternal; then you will apprehend God. Think that for you too nothing is impossible; deem that you too are immortal, and that you are able to grasp all things in your thought, to know every craft and science; find your home in the haunts of every living creature; make yourself higher than all heights and lower than all depths; bring together in yourself all opposites of quality, heat and cold, dryness and fluidity; think that you are everywhere at once, on land, at sea, in heaven; think that you are not yet begotten, that you are in the womb, that you are young, that you are old, that you have died, that you are in the world beyond the grave; grasp in your thought all of this at once, all times and places, all substances and qualities and magnitudes together; then you can apprehend God.

But if you shut up your soul in your body, and abase yourself, and say “I know nothing, I can do nothing; I am afraid of earth and sea, I cannot mount to heaven; I know not what I was, nor what I shall be,” then what have you to do with God?
Hermes Trismegistus

LET us begin to speak of Mind and of other similar things. In the beginning were God and Hylè–it is thus that the Greeks term the first matter or substance of the universe. The Spirit was with the universe, but not in the same manner as with God. The things which constitute the universe are not God, therefore before their birth they were not in existence, but they were already contained in that from which they were produced. For besides and without created things is not only that which is not yet born, but that also which has no generative fecundity, and which can bring forth nothing. Everything which has the power of generating contains in germ all that can be born of it, for it is easy to that which is brought forth to bear that which shall bring forth. But the eternal God cannot and never could be born; He is, He has been, He will be always. The nature of God is to be His own Principle. But matter, or the nature of the world, and mind, although appearing to be brought forth from the beginning, possess the power of birth and of procreation–fecundative energy. For the beginning is in the quality of Nature, who possesses in herself the potentiality of conception and of production. She is then, without any foreign intervention, the principle of creation. It is otherwise with that which possesses only the power of conception by means of mixing with a second nature. The matrix of the universe and of all that it contains appears not to have been itself born, holding however, within it, potentially, all Nature. I call that the matrix which which contains all things, for they could not have been without a vehicle to contain them. Everything which exists must exist in some place (or vehicle), neither qualities nor quantities, nor positions, nor effects could be distinguished in things having no place and being nowhere. Thus the world, although not having been born, has in it the principle of all birth; since it affords all things a fitting matrix for conception. It is, then, the sum-total of qualities and of matter susceptible of creation, although not yet created.
Hermes Trismegistus (Asclepios) 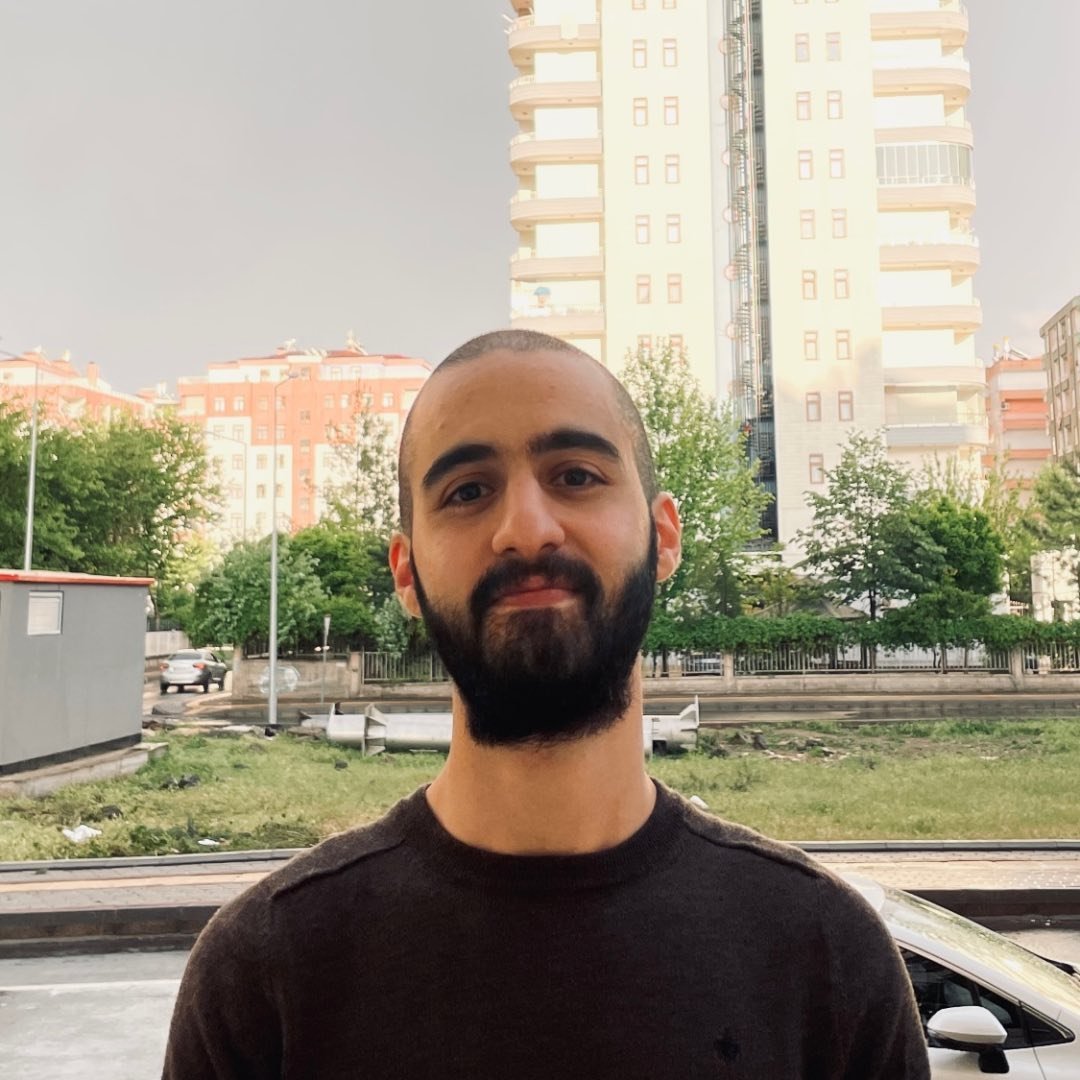 Daniel Seeker is a wandering dervish, creator of Nirvanic and a lifelong student of the past, present and future. He realized that he was made of immaculate and timeless consciousness when meditating in his hermit cave on the island of Gotland. His writings and his online course are mostly a reflection of that realizaton. Daniel has studied history, philosophy, egyptology and western esotericism at Uppsala Universitet. He’s currently writing his B.A. thesis in history which explores how Buddhist and Hindu texts were first properly translated and introduced to the western world in the late 18th and 19th century.
← 8 Spiritual Quotes That Will Make You Question Your Reality Seneca: 60 Insightful Quotes by the Stoic Philosopher →